Turkey has a deep nostalgia for the old good days although they cannot be purely described as good days. Vast accommodation lunacy, social degeneration, political polarization and ethical collapse were the basic determinants of the age we live in Turkey.

Taner Öngür’s limited edition LP “Elektrik Gramofon” was in place to give a caring hand to us all to recover from the depression of the era we are obliged to live and it takes us to the era between 1930-1970.

Elektrik Gramofon was released by Tantana Records which is an expertized indie label on rockn’roll and surf. The first edition was 250 copies and sold out in a very short time. The second edition is in place nowadays and there will be a single boxset of the album which will be cut according to the demand on preorder. As far as we see the album will be on vinyl and in very limited numbers. For the ones who are not lucky enough stream option is always available on Spotify etc.

Öngür is a well-known veteran musician who took and still takes part in Turkey’s most outstanding rock bands. Born in 1949 he started his career in 1963 by playing double bass during the shows at the movie theatres before movies. Öngür played bass in Volkanlar, Okan Dinçer Kontrastlar (also accompanying Turkish Rockn’roll King Erkut Taçkın), 5 Yabancı, Erkin Koray 4 and the fabulous Moğollar. He played bass and some Turkish instruments, made vocals and composed for Moğollar between years 1969-73. Appeared in Charles Cross award winning LP (Danses Et Rythmes De La Turquie D’Hier À Aujourd’hui) from Concert Hall Records, played with singers such as Barış Manço, Selda and Cem Karaca in context of Moğollar.

Pic: Okan Dinçer & Kontrastlar ( Taner Öngür can be seen behind the plant)

In 1980 he made Turkey’s first ska punk album “Hatamızı Bilmeden Çekiyoruz” under the name of Dadaşlar. Following that album he migrated to Germany and involved in new wave and punk stuff under the name of Baba with Fikri Andaç. Returning Turkey with rumors that he was dead, he began to work as a studio engineer in Studio FT. During his spare time in studio he produced his self-made album “Alarm” combining rock, electronica and punk elements with the lyrics on environment,   space, existentialism etc. in 1992.

In 1993 he was present at the reunion of Moğollar and still plays with his old band. In addition to Moğollar which brings a certain financial sustainability, Öngür took part in different aspects of music varying from music festival organizations to musical groups and projects to express his creativity as a whole. 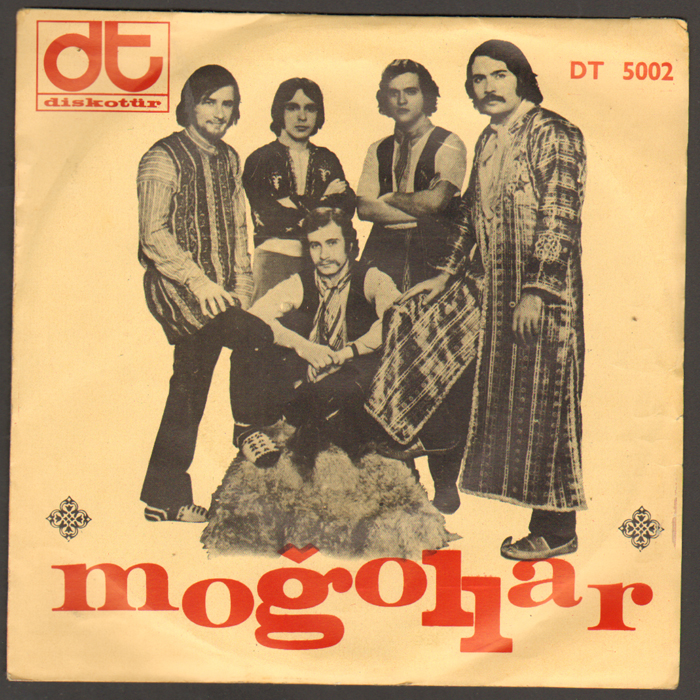 The album “Elektrik Gramofon” is one of his experiments that could never be expressed under the limits of Anadolu Pop music of Moğollar. In the album, Öngür covers songs which were recorded on mostly 78 rpm records and had been forgotten through the passing years. As a project person, Öngür formed a band with his stable band mate Haluk Önol (electric guitar) with the contributions of Ayberk Kınık (Bass ) and Emre Ekşi (Drums) called 43,75 which is the average of the ages of the band members.

The songs are compiled by Taner Öngür with the contribution of Cemal Ünlü who is known as an expert on 78 rpm records in Turkey.

When you put your stylus on your vinyl record a sound bursting out like good analog days of 1970s comes from your speakers. If you say that you are face to face with an analogue recording, you are completely mistaken. The whole recording was made on Zoom 16 Track Recorder-Mixer in Öngür’s house in Heybeliada and there are also corrections made on digital platform; BUT what makes difference has nothing to do with the analog recording.  The magic in the album is recording the whole album without any digital effects, using vintage guitars, using natural room acoustics and the way they mix the whole stuff. Therefore unlike the professionalism (!) spread all over the studios of Turkey, you can hear every vibration an instrument produces. This is probably the best album where the whole frequency of bass is heard for the last decade. 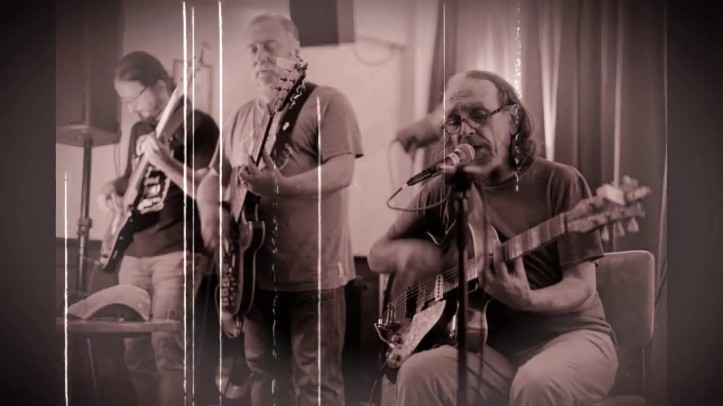 The album has certain highlights and  Zehra is the most outstanding one for sure. The song was first recorded by Sophia Vempo in 1938 and covered by Turkish tango singer Birsen Alan (On the other hand Öngür prefered Bayan Hikmet’s version) with The Park Otel Orchestra in 1939. Because of the difficulties in determining the release date of Alan’s record it is hard to say who covers who as Alan’s record is noted as “Supposedly recorded 1937” in a compilation CD named “Istanbul Tango 1927-1953” released in Germany by Oriente Musik.  On the other hand it is most probable that the song is originally from an Anatolian rooted Greek composer Michalis Souyioul (born Souyioultzoglou) (b. 1906 – d. 1958) who lived in Turkey till the age of 14. The composer was born in Aydın, in the Ottoman Empire, but his family came to Athens in 1920. He was playing piano and later went to Marseille for musical studies. During the Interwar period and the 1950s, he wrote over 700 songs in different styles (tango, waltz, serenades, folk, laiko, romances etc.) Öngür made a brilliant surf arrangement for the song which had references with Exotica Music of cold war era. Especially in live performances of the band the arrangement becomes even more hypnotic.

“Tophane Rıhtımı” is another highlight which is inspired by the bossa nova version of Sadri Alışık’s single in 1964 and it was transformed to a great surf rock by Öngür.  At the recording date, Sadri Alışık was impersonating his movie character Turist Ömer who was a funny tramp and he continued this role for nearly a decade . In the song Öngür and Alışık pronounces the old İstanbul (Greek-Turkish) slang for the smoking  of hashish.

The opening track “Karakız” is from a 78 RPM record of Bayan Neriman. The song was also covers by various artists including The Turkish Art Music Chorus of TRT (Turkish State Broadcasting Institution). Taner Öngür discovered the surf side of the song and the result is a powerful piece.

“Şiki Şiki Baba” is a Balkan song which was covered by various artists. Öngür and 43,75 covers the song with their vintage guitars as a perfect surf piece.

“Ah Fatma” is derived from the 78 RPM version of Seyyan Hanım who was a great tango singer of 1930s and 1940s. Öngür was fascinated with the hip hop like singing of Seyyan Hanım at a part of the song and he played that part as a guitar solo.

The track “Gece Kuşları” (Night Birds) has nice unisons of guitar and bass with  delicious breaks. It was originally recorded by Nazmiye Sedat Hanım and the song narrates  an imaginary  femme fatale character of Turkey’s fresh modernization years of 1930s and 1940s.

Rampa is a canto performed with Turkish instruments and sung by Mahmure Handan Hanım who was famous with an eclectic and hybrid type of Turkish music which can be classified like Greek Elafró tragoudi (literally: “light[weight] song”). The song also has an introduction comic parody and Öngür prefers to preserve the parody part from the original record and makes a power surf arrangement and performance with 43.75.

“Güzel Kadın Valsi”  was previously recorded by Faize Hasan Hanım and although it means “Waltz For A Beautiful Woman” it was sung by a lady. “Yaramaz” has influences of  “swing era” and originally sung by Seyyan Hanım in which Öngür and 43.75  find  their way in dancing clubs of 1930s İstanbul .”

“Hamsi Cha Cha” is an other surfing tune which is known as a folk song commonly taught to the children in Turkey’s modern times. The song was previously recorded by tango singer Şecaettin Tanyerli  in 1969 which coincides his latter recording career.

The whole album sends us vibrations from the old Turkey that was trying to realize its modernity with multiple mediums . Music was one of the most important mediums where they expressed the new concepts of modernity such as night life, dancing and flirting in  Elafró tragoudi . Last but not least, among these songs we also find out the clues of a common life of Turks, Greeks, Armenians whose songs were still interacting despite the borders of nation states.

PS: You can hear the original recordings of the tracks which are also provided by Taner Öngür here: